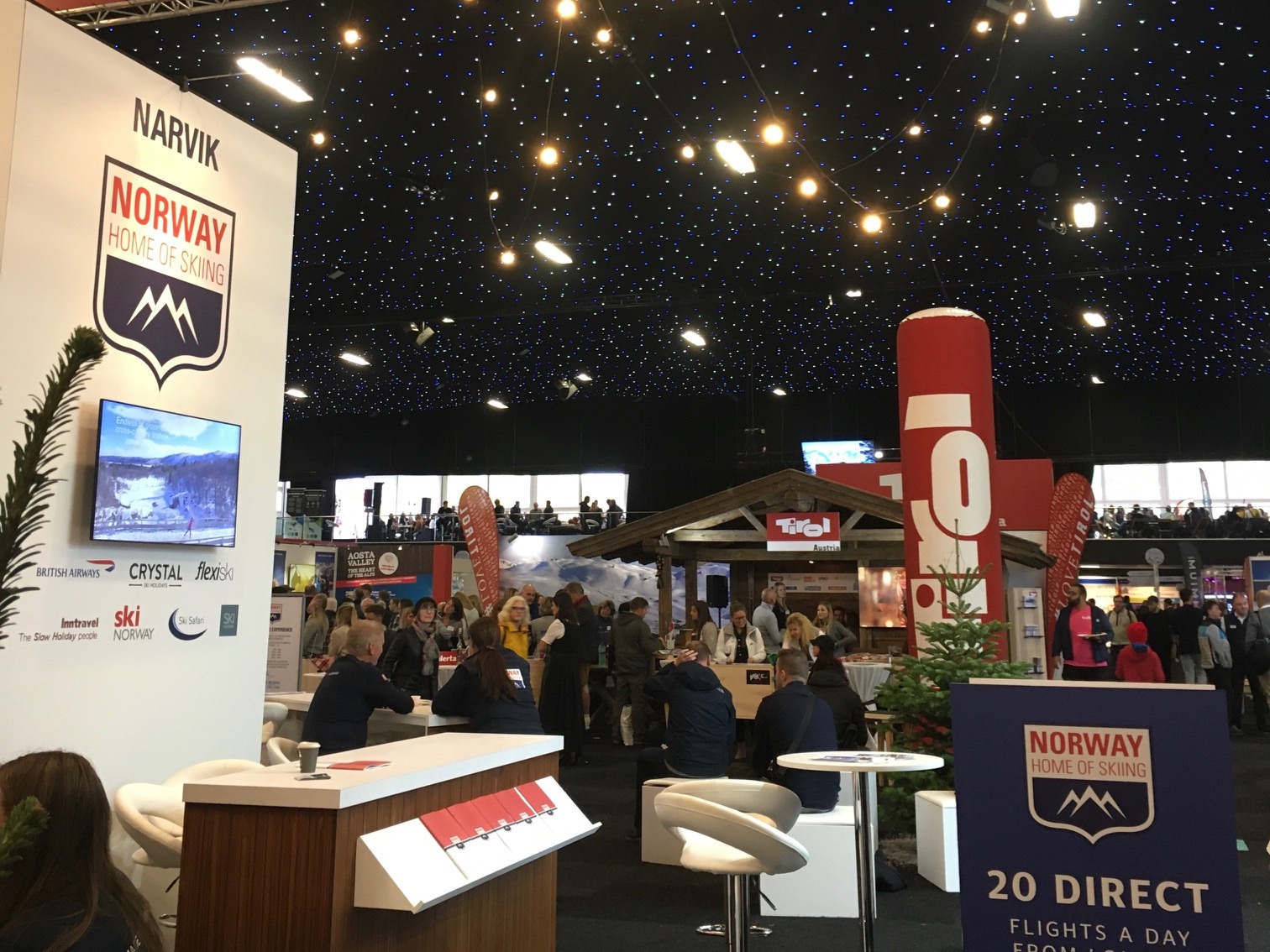 The week before last saw the Telegraph Ski and Snowboard Festival take place in London.  Despite living and breathing skiing all year long, this is a real indicator that the season is almost here! With Mount Battersea standing at 50 feet outside it certainly did feel like we were in the mountains, only a little less chilly! As with every year the Ski Show provides a great opportunity to see any new kit for the year ahead, explore what other resorts and countries are offering (not that we would ever stray from our beloved Klosters) as well as watching some of the pros freestyling on Mount Battersea.

There was a big presence from Japan this year, encouraging skiing in the Japanese mountains which did look incredible - although we did worry about not being able to read the piste signs! Definitely worth brushing up on some Japanese before going, which might be easier said than done! Lesser known resorts such as those in Norway, Andorra and South Korea were also at the festival showing off what they can offer. It was interesting to see their different slants on things to do in the mountains and what they were promoting for each resort, such as Norway’s cross-country skiing and the cultural experience of skiing in Japan. There were so many images of the mountains and people skiing we felt right at home!

Many ski suppliers were there with their new stock for the season and discounts from previous seasons. It is a good place to get kitted out with experts offering ski and snowboard boot fittings and advice on all the equipment. We were excited by the new GoPro that was being shown and its increased quality of video, watch this space for new ski footage coming your way soon!

It was also a chance to catch up with companies that we work with, such as MPI Insurance who ensure that our staff are all covered for working in a resort as well as offering comprehensive insurance for guests.  We chatted to the charity Snow Camp with whom we have previously sponsored, and are again this year sponsoring a disadvantaged young person in becoming a Snowsports instructor. Not only will this give them a qualification but also life skills to help them find employment in an industry, be it the snow industry or elsewhere.  You can read about how Sadie, who we sponsored last year, got on here.

We listened to an interesting presentation by Ski Flight Free who are encouraging people to take the train out to resorts as opposed to flying and how some companies are introducing financial incentives for those that do on their package holidays. This was an insight into the general feeling of the snow industry on their environmental impact and carbon footprint. At PT Ski we are also very aware of the impact that our actions have on the snow conditions and that it is paramount that we do all that we can to ensure that we can keep skiing as long as we can! You can read more about our thoughts on this on our Ski Green post.

With the Telegraph Ski and Snowboard festival now behind us and the first snow falling in Klosters it really is downhill all the way to the start of the season, and we certainly cannot wait!