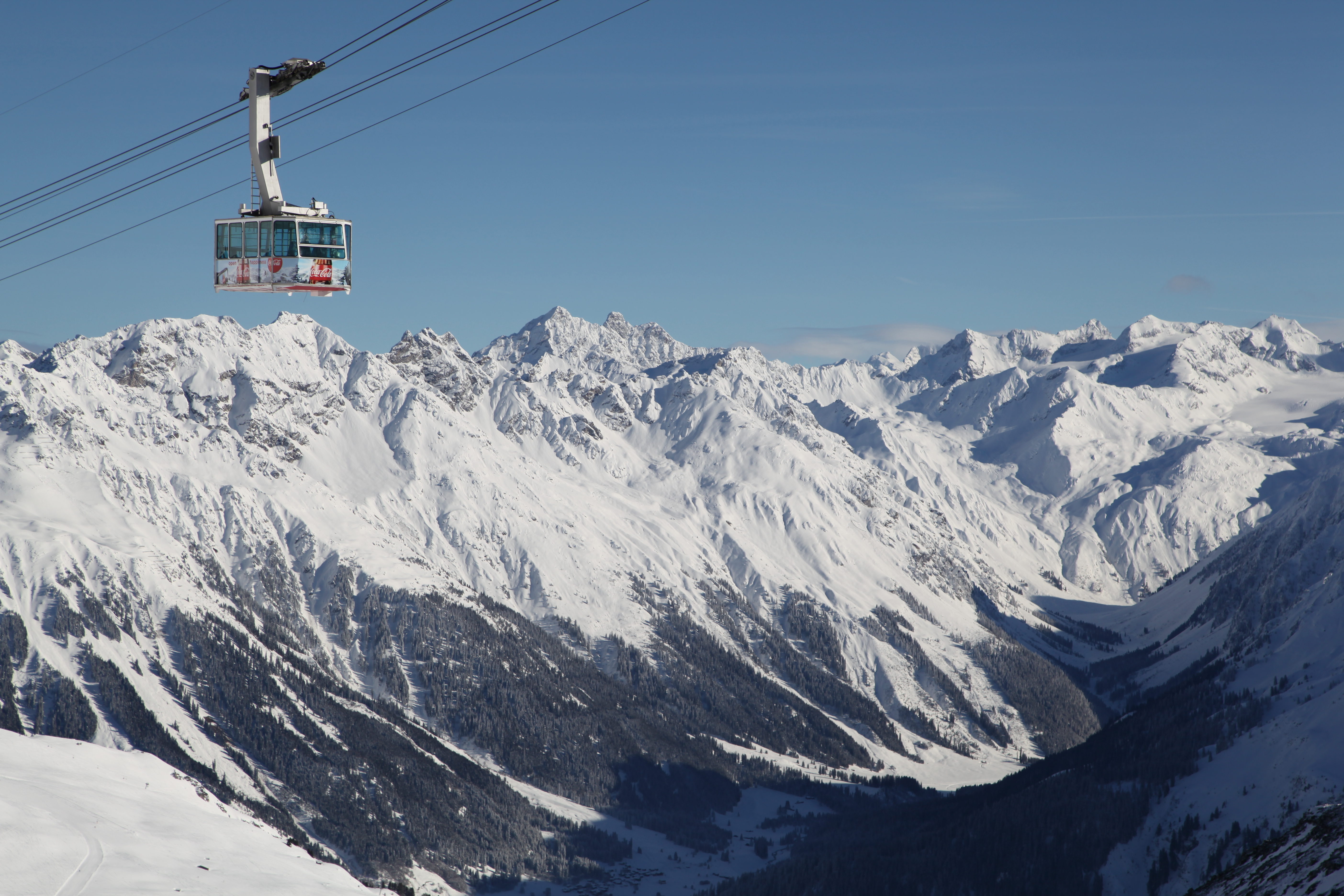 The Shape of the Season in Klosters

We are often asked what time of year is best for skiing and what characterises the different times of the winter. Every resort is slightly different with its own idiosyncrasies. For PT Ski in Klosters our experience is as follows:

Although the lifts open in mid to late November our season does not really start until mid December. By then the pistes on the upper slopes tend to be in great condition. The mountain is very quiet, not that it is ever particularly busy in Klosters, and there is a perceptible excitement in the village and in the mountain restaurants that everything is about to get going. Equally our staff are raring to go and are ready to give excellent service to our first winter guests. There is a wonderful wintery feel and in the village the Klosters Music Festival brings its Christmas concerts to the charming local church. 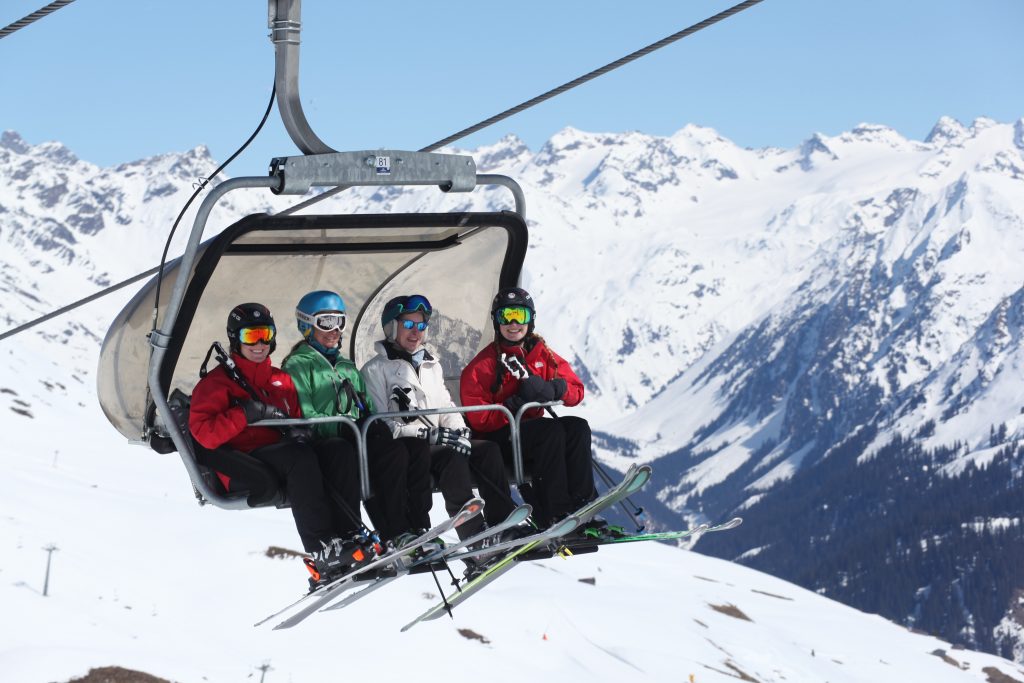 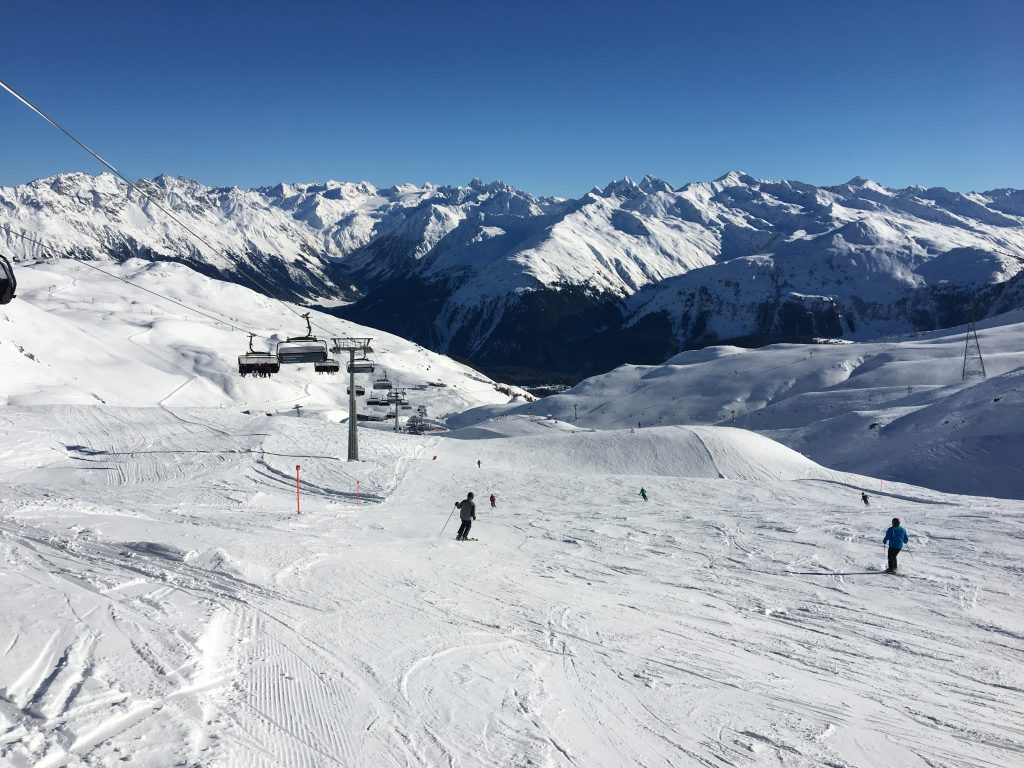 Christmas and New Year are complete contrasts. Over Christmas, the words from Silent Night “all is calm, all is quiet” strongly resonate, while over New Year it is more “Ding dong merrily on high”. New year is about the only time that Klosters ever comes close to resembling a party town. The village is busy and vibrant and New Years Eve itself is a major celebration; the pig racing on New Years Day in the village is also a novelty. It is enormous fun! All the mountains by now are open and more often than not it is possible to ski even as low as Kublis.

One of the great times to be in Klosters. The pistes are at their most quiet and the powder is often at its best. It can get very cold but this is great for the quality of snow. The base is set by now so when fresh snow falls the skiing after can be truly amazing and you can ski everywhere. The pistes are also in great condition and if you are here during the annual World Economic Forum towards the end of the month then there will be literally no one on the mountain (but do bear in mind it is almost impossible to find accommodation over the WEF). 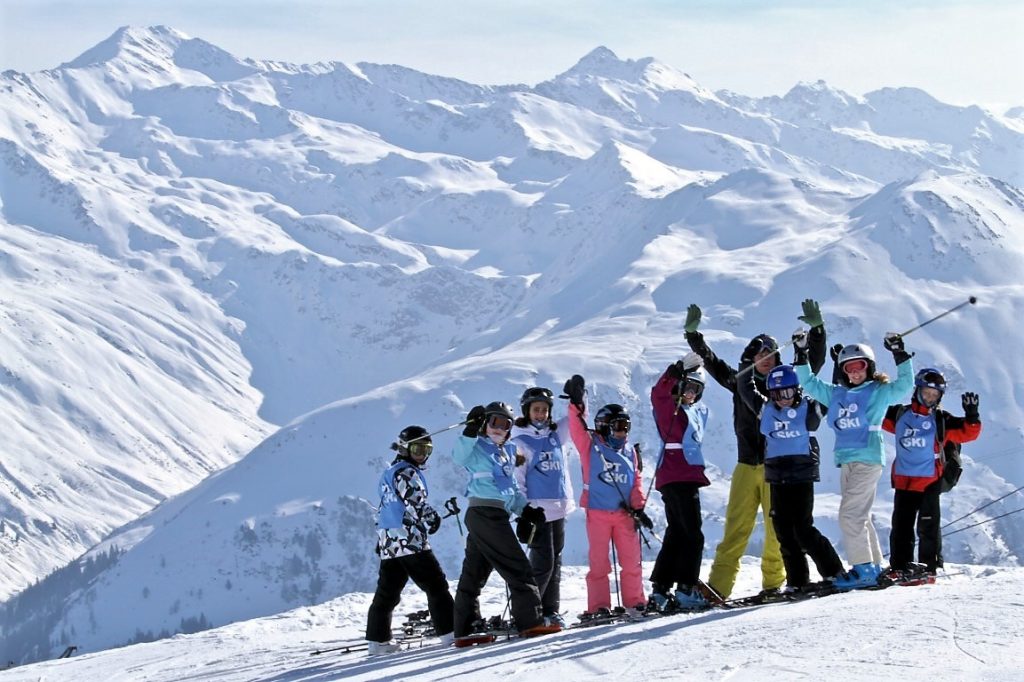 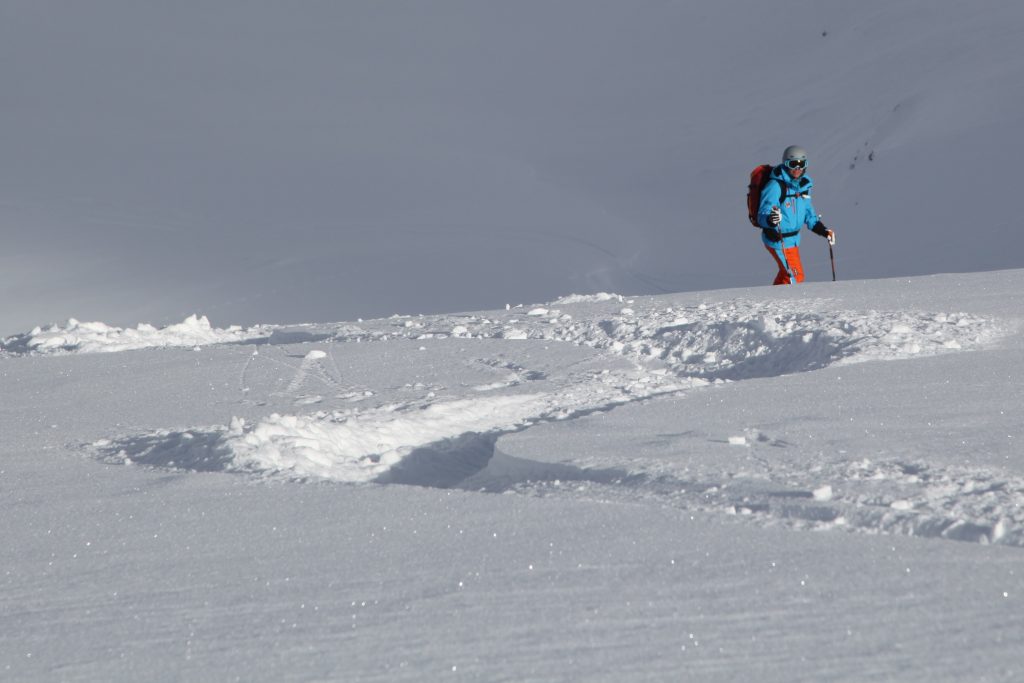 February is dominated by half term which falls in one of the middle weeks, and the Swiss have holidays at this time too; it is probably the most social time after New Year. The weather starts to lose a bit of its chill and by the middle of the month having lunch on sunny terraces is the norm. The snow depth is at its most at every altitude and the pistes are excellent. The sledge runs are also in good condition and evening skating on Fridays is also popular. It is probably the most popular month for skiing; PT Ski are certainly at their busiest with half term and their kids weeks.

Spring starts to arrive and the days get longer. The off piste offers a blend of powder and spring snow which is very spoiling.; longer tours also become more accessible for those wanting to put on skins. For those wanting to experience a bit of speed there is the Parsenn Derby which is one of the oldest races in the world and one of the only downhill races open to amateurs. Towards the end of the month the locals seem to have had enough of winter and start trading in their skis in favour of their bikes. The pistes are ridiculously empty and on sunny days factor 50 is strongly recommended. In the latter stages of the month it will no longer be possible to ski to lower villages such as Serneus and Kublis while south facing slopes will start to slush up in the afternoon; there is plenty that is north facing so this is less of an issue. 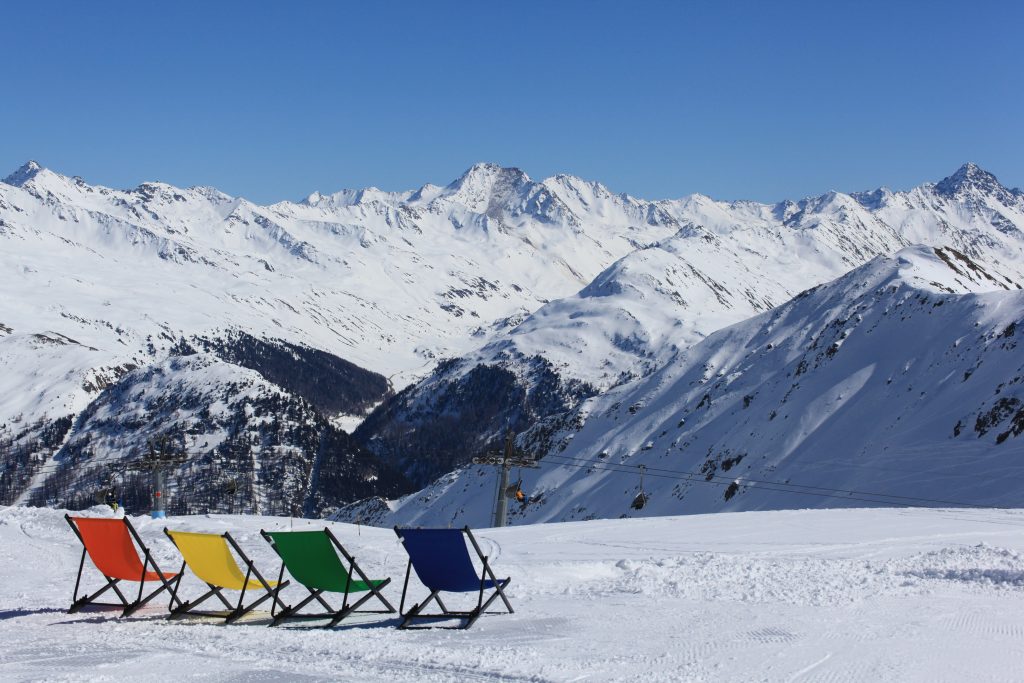 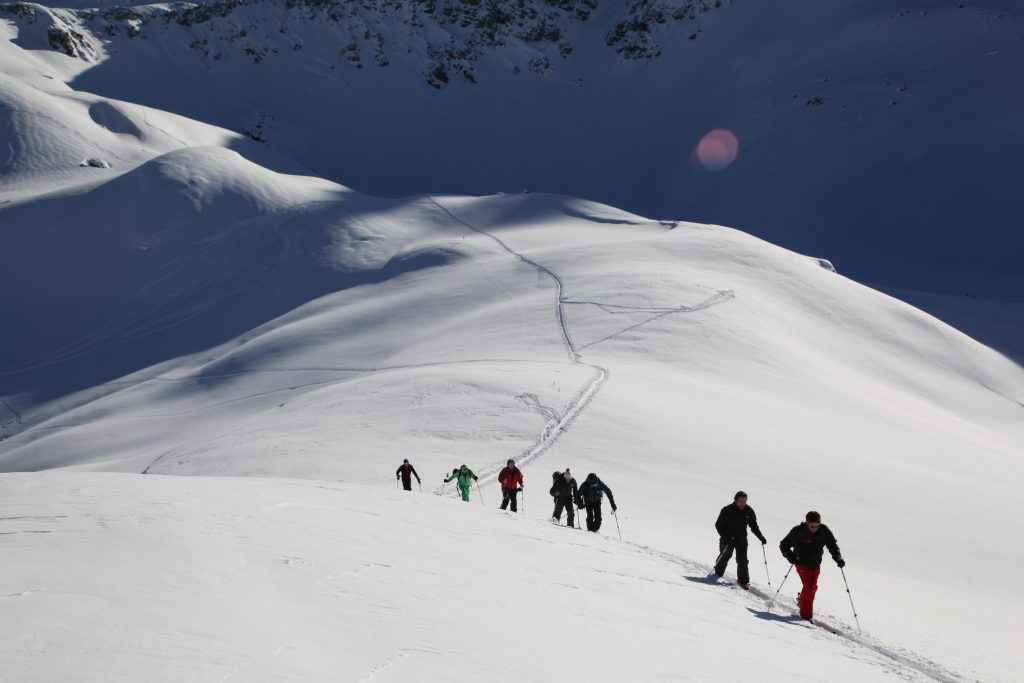 The ski season is drawing to a close even though this time of year is increasingly becoming characterised by heavy snowfalls. James P-T often finds he has his best off piste days of the winter at this time. The Madrisa and Rinerhorn mountains close but there is always great skiing on Gotschna Parsenn and Jakobshorn until the season ends; the PT Ski winter usually ends around 10 April after which the likelihood of being able to ski back down to Klosters is much reduced (even though it is north facing). We have our final kids week of the winter at the beginning of the month and it is a lovely time for the children as it is not so cold. The longer days also means that it is light for a long time after everyone stops skiing. The best skiing is now in the mornings and best is to have a long morning (probably with a good coffee stop along the way) and then have a late lunch on a sun terrace.

Sulk because there is no skiing! But there is always cycling!