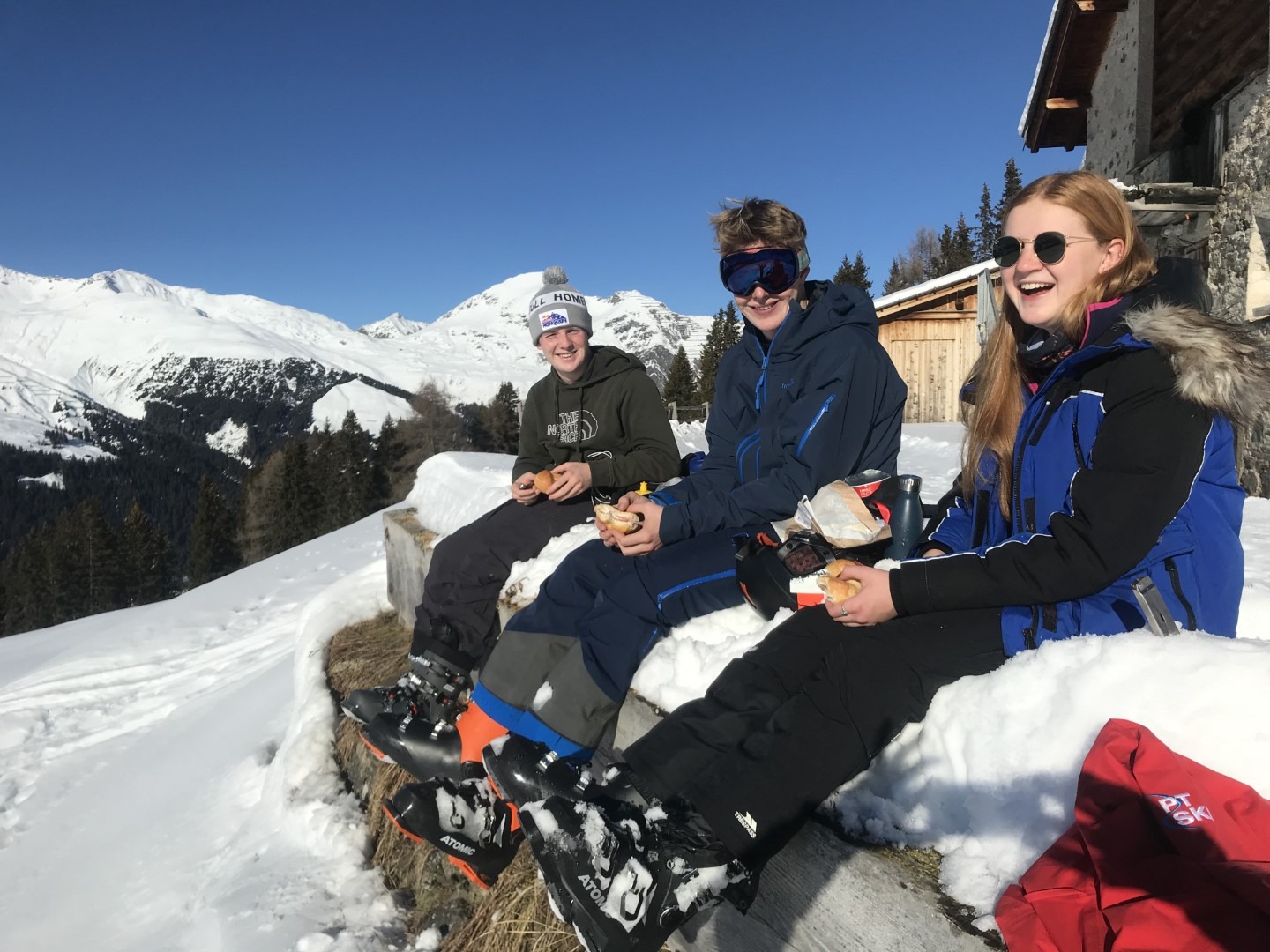 The return of the picnic and other lunchtime adventures

The Swiss bucked the European trend and opted to keep its ski lifts open throughout the winter, much to the delight of the skiing community. Social distancing was put in place in lift queues, masks had to be worn on all lifts and there was a rule of 5 on the mountain. Additionally, and forcing a significant departure from the established ski day experience, restaurants were not allowed to open except to serve takeaway food and drinks! This naturally precipitated a major rethink of the essential lunchtime planning.

The solution of course was simple. We just had to adopt the practices of our skiing forbears, throw on a rucksack and pack a picnic. This was now nostalgic skiing!

There are two key ingredients of the perfect mountain picnic. The first is what you eat which is a function of taste and how much you are willing to carry. The second is location which is not as straightforward as it sounds given that the weather could be anything and snow is very cold to sit on. This latter conundrum took us full circle to the typical ski day where the main question on everyone's mind was "where are we going to have lunch?". On a fine weather day, a good view is guaranteed as it doesn't matter where you stop. Furthermore, when you start to look you discover how many benches are on the mountain. In the absence of those, a square of cardboard makes a very insulating seat and for the engineering minded, there are certainly ways of making seats and benches out of skis and sticks. We tried it all! Some of our picnic spots were completely sensational, on tops of mountains where you could see for miles, or perched against a quaint wooden cowshed, or in a sunlit meadow. When it snowed the little gondolas were an obvious destination, but bus shelters in the valley also proved much more appealing than might first meet the eye.

When it comes to food, there was plenty of experimentation. Entering the "mountain man" spirit, the bread plus Alp cheese plus local airdried meat, all put together with a rugged pen knife had an enduring appeal. The exotic sandwich prepared at home was much better if you didn't want to take your gloves off. A thermos of soup became almost essential when the temperature dropped. Chocolate was essential whatever the weather! By the end we were serving up gourmet feasts on the side of the mountain. We actually started to question whether when things normalised we would actually revert to restaurant lunching given how accomplished we were becoming with our picnics, while they also came with a slightly more attractive price tag.

Then out of the blue the rules changed. Mountain restaurants were allowed to open their terraces for takeaway meals and drinks. The only caveat was that tables were for a max of 4 people  (a minor problem if you were skiing as a 5!) and larger tables were split with Perspex screens. So the backpack contents contracted and the takeway experience began. While some menus were rudimentary and makeshift, others were close to what they might normally serve. Some places were outdoor anyway and so there was little discernible change. It was wonderful being able to have our favourite dishes at the Alte Schwendi, or the pizzas at Hohnweg or Chalet Guggel; the Munggahutte was as good as ever. A semblance of normality had returned.

So did that spell the end of the picnic? Would normality and convenience trump nostalgia and innovation? For winter 2020-21 there was plenty of scope for both, and the true answer will have to wait until next season. I suspect I know the answer as I like my chips too much, but I also know that those ski touring picnics are going to be a lot more exotic than they ever were before.