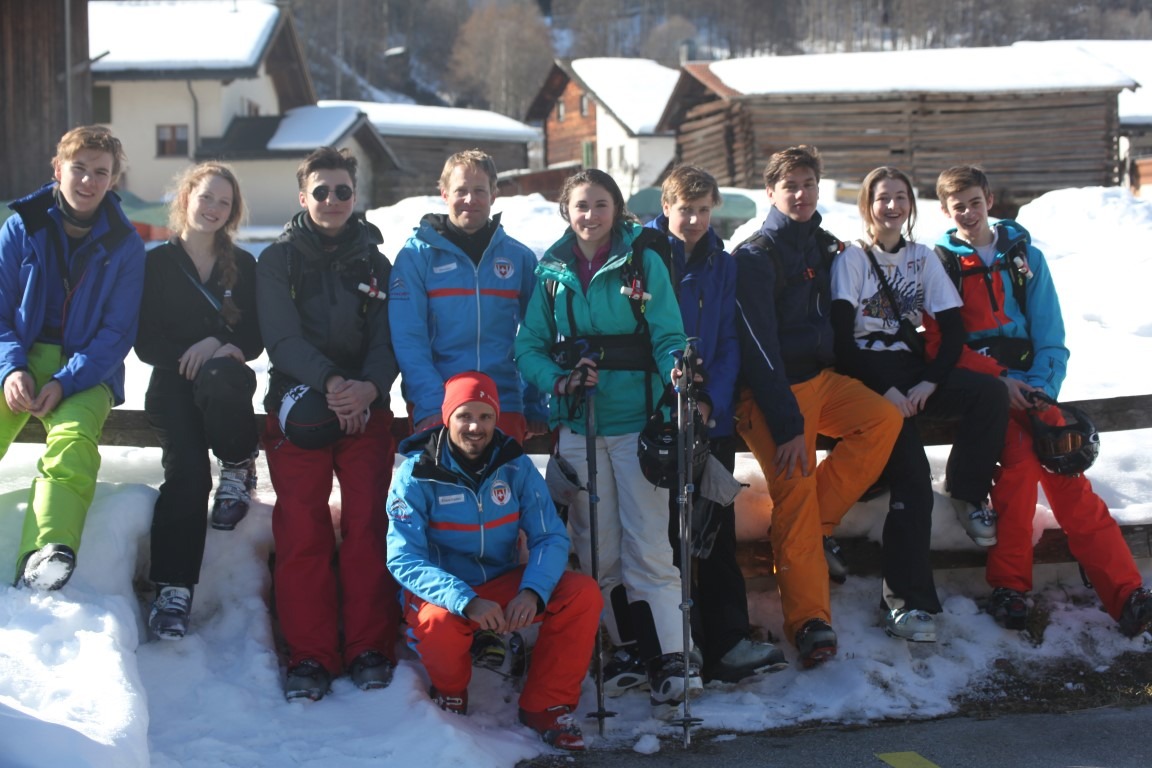 A Day with All Mountain

At half term last February I managed to sneak a day with the teens on our All Mountain course. It was the third and last day of the course and the 13 of them on it all seemed to be connected by Snapchat and Instagram which I took as a good sign that they had all gelled as a group. We had 3 guides for them and we headed up the mountain around 9.30, any earlier there might have been a mutiny. The conditions were very promising with some fresh snow overnight and clear weather forecasted for the whole day. I had timed this one very well.

We split into 3 groups with a view to skiing close to each other but not as one big unwieldy group. Thomas, the lead instructor, gave the group an overview of the snow conditions and explained where we were planning to ski and why. And then without further ado we were off. The fresh snow in between the Mahder and Gruobenalp was particularly inviting and I was pleased to see how well everyone was skiing. It was now time to be a bit more ambitious and we headed up the Seetali to do one of my favourite runs, Gmeinboden. To make the day even better we got a good sighting of some steinbock (mountain goats) as we hiked the short 10 minute walk from the top of the T-bar to the start point of the run. Not used to having to walk for their skiing the teens felt a certain sense of triumph at getting to the top and we savoured the moment before heading down the mountain.

There had been a few skiers who had got there before us but the group coped admirably in the cut up snow until it opened up lower down and they were able to enjoy pristine fresh powder. We carried on down and then into the forest before we ended up in the meadows above Serneus. Again it was pretty tracked here but the teens were not to be deterred and they were just loving the fact that they were away from the piste. Exhilarated from our descent, a vertical drop of some 1500m, we piled into the Serneus bus and headed back to Klosters and the Madrisa.

There was some good banter in the bus, so much so that one of the team was too slow collecting his clobber when it was time to get off and the doors shut before he got out, condemning him to a brisk walk back from the next bus stop. At least it gave everyone an opportune moment to catch up with social media. Thank heavens there is only intermittent signal on the mountain as this lot would be Snapchatting the whole way down given half a chance.

Today was one of those days where you don’t waste too much time on lunch (or social media) and after grabbing some quick snacks at the kiosk we headed up to the very top of the Madrisa T-bar, and then walked up to the ridge from where we could ski down to the pretty village of St Antonien. The ski Gods were very much on our side and the mountain had entertained only a handful of skiers before us. We had some wonderful skiing on the way down and the teens revelled in being in the back of beyond. Cue Snapchat to tell the world what the back of beyond looks like.

We arrived at the bottom and it is fair to say there were some pretty tired legs among some of the group. The PT Ski minibuses which then turned up to take us all back to Klosters were a very welcome sight. It had been an amazing day on the mountain and the teens were definitely going to have bragging rights in the bar later. I was thrilled at how the 3 days had gone for them and I was particularly pleased that I had contrived to join them on the best day of all. Time now to download Instagram. 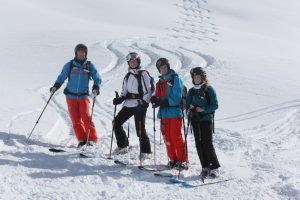 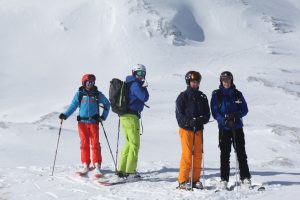 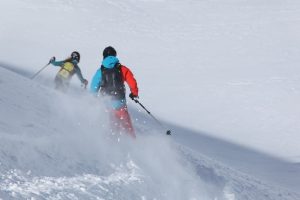