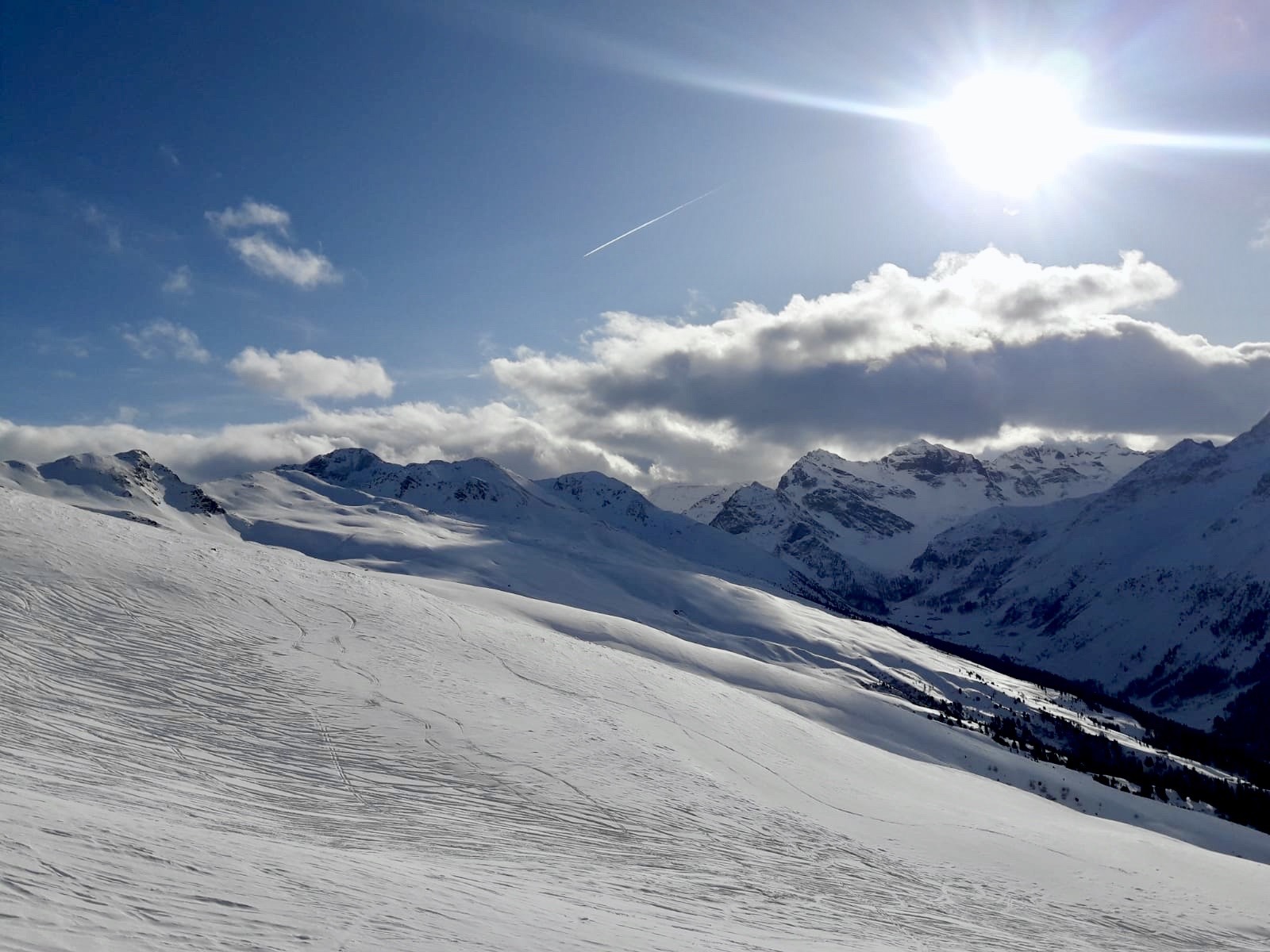 The quiz is now over and the final set of answers for yesterdays questions can be found here : PT Ski Quiz answers day 29 onwards

It is the last day of the PT Ski Quiz and all good things must come to an end. We hope that everyone has enjoyed it and that it has proved a welcome distraction to the monotony of lockdown. With luck things will start to ease a bit after the weekend and we can start to look forward to brighter things such as our next ski holidays. With that in mind what better way to end our quiz with a series of questions involving mountains and snow. Answers will appear here tomorrow.

With two days to go of the quiz we are revisiting food and drink, which clearly for many has become front and centre of the last five to six weeks. For those who have been experimenting in the kitchen over lockdown the following should be quite straightforward! Answers will be posted here tomorrow.

What is the term for the young of the following animals/birds?

What is the collective noun for the following animals/birds?

The following collateral adjectives refer to which animals?

With only four days of the PT Ski lockdown quiz to go, today's round involves album covers. All you need to do is identify the band/artist from the following iconic album covers, although if you can name the album then so much the better. For younger players, you may need to dust down your parents' old record collections for inspiration!

For those on a mobile then use this link : Album covers

With lockdowns across Europe starting to relax and the same anticipated here in the UK soon, this will be the final week of the PT Ski Lockdown Quiz. The last day will be on Friday.

As we were trawling the veg aisle of the local supermarket we came up with something a little different for today – cryptic vegetables. If you replace the words in the clue with synonyms you get something that very closely resembles a common vegetable (or herb). For example, you could have “overtake cuts” to get parsnips (pass snips). See how you get on and answers will be published tomorrow. With thanks to Wilf P-T for setting today's questions!

Some of these may biologically be fruits but they are all taxed as vegetables!

Today’s round is all about identifying the company or brand from the following well known slogans. We didn’t include “The Klosters Specialists” as that was felt to be too easy!

Everyone loves a good story. Myths and legends have stood the test of time. Good luck with answering the following and the answers as always will be posted here tomorrow.

Watching TV and eating have become two of the nations favourite pastimes. Combining the two is the theme of today's round. Answers will be posted here tomorrow.

With plenty of good books to read over the lockdown a second literature round has always been on the cards. Answers as always will be posted here tomorrow.

We have been introduced to a new game during lockdown called Linkee. The idea behind it is that you have to find the link between the answers to the questions. For example (a) First name of the actor who currently plays James Bond (b) Rock band with Phil Collins as lead singer (c) U2 album, The --- Tree. Answer: Books of the Old Testament (Daniel, Genesis, Joshua). We thought we would share the fun with a few we have created ourselves:

Another picture round today, this time famous places in the UK. I am sure we will be able to visit them again sometime soon, but in the meantime how many can you recognise?

If you are on a mobile then use this link : UK Places

In the '50s and '60s Klosters was host to many Hollywood celebrities such as Paul Newman, Lauren Bacall and Greta Garbo, while more recently it has played host to several members of the royal family. With celebrity in mind, have a go at the following:

Who said “life is better when you ski”? James P-T is certainly claiming it, while Charlie P-T (James’s Dad) owns “It’s sunny at the top”. Do you know who coined the following lesser known quotations?

There is nothing like a nice walk in the countryside on a Saturday afternoon, or in Klosters a short walk along the beautiful valley past Monbiel. For most at the moment the closest to nature anyone will get is today's quiz! Good luck and answers will be posted tomorrow.

While away the hours listening to great music. Can you identify the song and/or artist from the following lyrics? You can add to the fun by singing them out loud!

At the moment we can only dream of far off exotic places to visit. Obviously Klosters is high up on our wish list! How many of the following do you recognise?

If you are on a mobile then use this link : Iconic places round

When confined to home for so long it doesn't take long for the board games to come out of the cupboard. If so then some of the following should prove rather straightforward. Good luck and the answers will be posted here tomorrow.

Lock down seems the perfect excuse to experiment in the kitchen and in the PT household the new repertoire includes sushi, spring rolls and cinnamon swirls. With that in mind the following anagrams should be a piece of cake!  Answers tomorrow as always.

For the boffins out there this should be a walk in the park, but it might test the grey matter of those of us who have to trawl the memory banks for what they learned in O level science classes! However, we have every confidence (especially if you have children studying for GCSEs!)....

Dogs! Our best friends in this isolation time. We reckon you are all going to do quite well on this round... can you spot the Klosters favourite and name him!

If you are on a mobile use this link: Dog breeds round

It's showtime! Music is today's round, enjoy! Answers tomorrow as always!

Missing your daily commute...? Don't worry we've got your back. Try and guess which train stations we were thinking of here.

Can you identify these iconic logos? Answers tomorrow!

If you are on a mobile use this link: Day 10 - Logo questions

Consider yourself a history buff? Can you name all the Kings and Queens of England in your sleep? Today's round is for you!

Even though travelling isn't possible at the moment, it doesn't mean that we all can't be filling up our bucket lists. See if you can identify the flags below and dream yourself abroad!

If you are on a mobile use this link: Country flag round questions

It's another Bank Holiday, who'd have thought it! Now that you have finished all of your Easter chocolate, try your hand at identifying the names of these books and their author from just the first lines...!

As always answers to come tomorrow!

Happy hoppy Easter - we are wishing you all an eggcellent day! Here is some Easter trivia for you, best enjoyed alongside a whole Easter Egg.

Come back tomorrow to see how many of your answers are eggceptable.

Today we are returning to our beloved Klosters, in spirit if not in reality, with some questions for all you Klosters regulars! Added bonus Ski Racing and Winter Olympic topic to make us further wish we were still in the mountains...

Unleash your inner Picasso and try your hand at identifying the artists of these paintings. While you are at it, how about trying to draw yourself on skis - NB: it's harder than you think!!

Anyone on a phone use the link here: Day 4: PT Ski Quiz - Art

Whether you peaked in the year 5 long jump or are an avid weekly tennis player, sport is sadly off the cards at the moment. Have a go at day 3 of our quiz, we promise this will be much less effort than doing PE with Joe Wicks, we're calling this brain fitness (and definitely much better than any sweaty zoom class!)

Check back for answers tomorrow!

Today we are swapping lockdown life for Hollywood - which hit movies do the following iconic lines come from?

Check back tomorrow for the answers and some more questions!

Whilst the ski season has been cut short this year and we are all pining for the mountains in this isolating time, try your hand at our Quarantine Quiz!

This is a daily challenge and (unsurprisingly) will sometimes be skiing related!

Here is our first round - have a go and let us know how you do.

Answers and more questions will be published here tomorrow.